All classes take place in St Anne’s Community College, Killaloe,  and commence on Tuesday 15th September 2020 and every Tuesday in term time. Classes are for children in 2nd Class up to 6th Year.

Fees: €100 per term. Limited number of instruments available to rent at cost of €50 per year.

Music Generation Clare complies with applicable data protection regulations and is committed to GDPR compliance across its relevant services in accordance with General Data Protection Regulations  (GDPR) that came into effect on 25th May 2018.  As such, the information collected herein will be used for no other purpose than that for which it is intended, it will not be shared with any third party and it will be retained and destroyed as per the Records Retention Policy. For more information, please refer to our Privacy Statement on our website.

St. Anne’s Community College has been shortlisted in the Best Musical Number and Best Performance in a Supporting Role category for its production of Les Misérables.

The Clare school will now travel to a special awards ceremony at the Bord Gáis Energy Theatre on Thursday, 5 May 2016 where the winners will be announced. RTÉ Two Tube presenters Stephen Byrne and Bláthnaid Treacy will host the event, with a special guest performance yet to be announced.

The highly successful awards were set up by Bord Gáis Energy to recognise and reward participation in drama in schools. This year, 2,888 entries were received from 351 primary and secondary schools across Ireland.

Commenting on the shortlist Irene Gowing, communications manager for Bord Gáis Energy said: “The standard of this year’s entries was exceptional, showing the wealth of talent in schools across the country, and I’ve no doubt there are many stars in the making. For the judges, this meant a really tough job narrowing down our shortlist. I would like to thank all teachers and students in Clare who entered, as well as the parents who support them. Congratulations to all the shortlisted Clare schools and students and we look forward to the welcoming you all at the awards ceremony on the 5 May.”

The full 2016 shortlist is available to view at www.BGESTA.ie 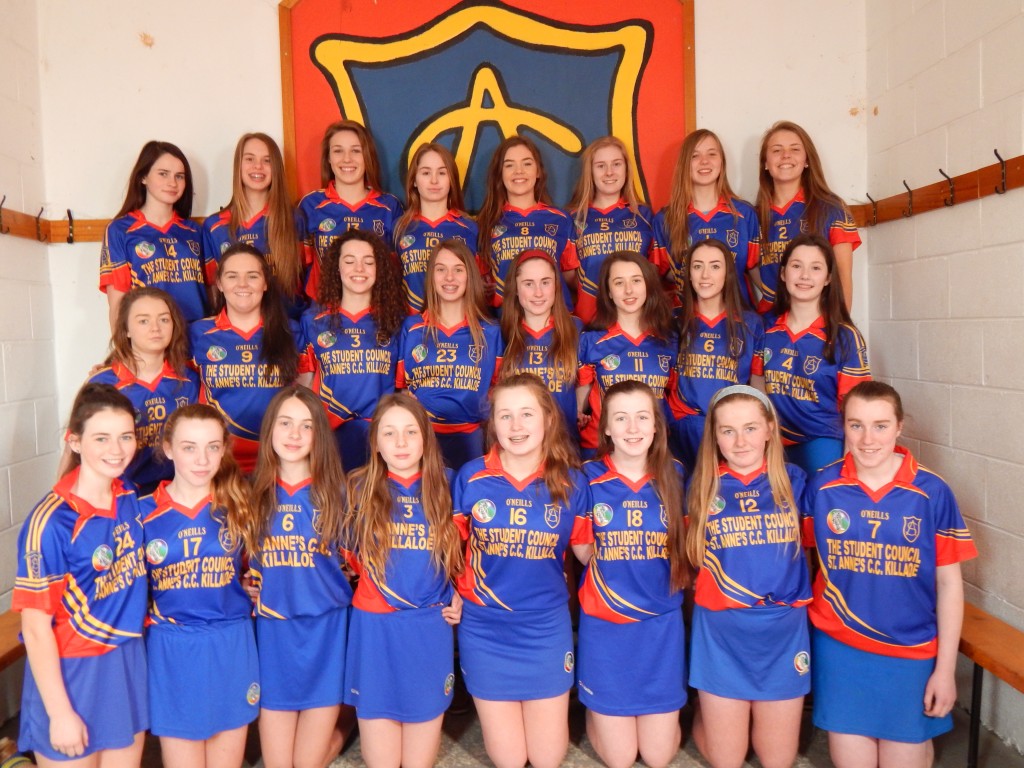 Excitement is building in the school today ahead of tomorrow’s All Ireland Camogie Final in The Ragg, Thurles, Co. Tipperary. The girls have been preparing hard for the final and we wish them all the best. 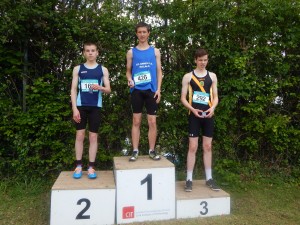 At the Munster Schools Athletics held on Saturday 16th May in Cork Institute of Technology St. Anne’s students had great success.  Dean Mulqueen came 1st in 80m hurdles and 3rd in the 200m. Joseph McEvoy 1st in Javelin and 2nd in Discus. Both qualify for the All Ireland Schools Athletics which will take place on the 30th May  in Tullamore.  Well done lads, we are all very proud of you.

Up and coming local band, Little Tents, of which Cian McGuirk (TY student at St Anne’s) is Lead Guitarist, had a very successful day at the Irish Youth Music Awards National Finals held at the Aviva Stadium on Saturday 18th April. The band finished second overall in the main competition and won the award for the best song, called “In the Winter”, which was written by band member Laura and performed by the group

Up and coming local band, Little Tents, of which Cian McGuirk (TY student at St Anne’s) is Lead Guitarist, emerged victorious at the regional finals of the Irish Youth Music Awards held at Lava Javas Youth Café Limerick in February. They now go on to the Irish Youth Music Awards (IYMA) National Finals being held in the Aviva Stadium on April the 18th. Your support would be greatly appreciated by giving IYMAS page a like  https://www.facebook.com/IYMALimerick2015
Little Tents were formed last summer as part of Limerick City’s Music Generation programme. In July they played for U2’s guitarist, The Edge and recorded a couple of original songs in Cauldron Studios in Dublin. Since then, they have been busy gigging, in numerous events as part of Limerick’s City of Culture, including Elemental, Culture Night and the Winter Carnival. They have also played in Dolan’s, the Belltable and Limerick College of Art and Design as part of Limerick Voices. They have supported Hermitage Green and Paddy Casey at the Village Carnival in Newmarket on Fergus and opened for Daithí Ó Drónaí in Limerick. It has been a hectic year for Cian and the other band members, writing and recording their own music and playing to numerous and varied audiences around the Mid-west. Little Tents have also taken part in many events sponsored by the Irish Youth Movement, which will culminate in their performance at the Irish Youth Music Awards in Dublin on 18th April. Please give them your support. 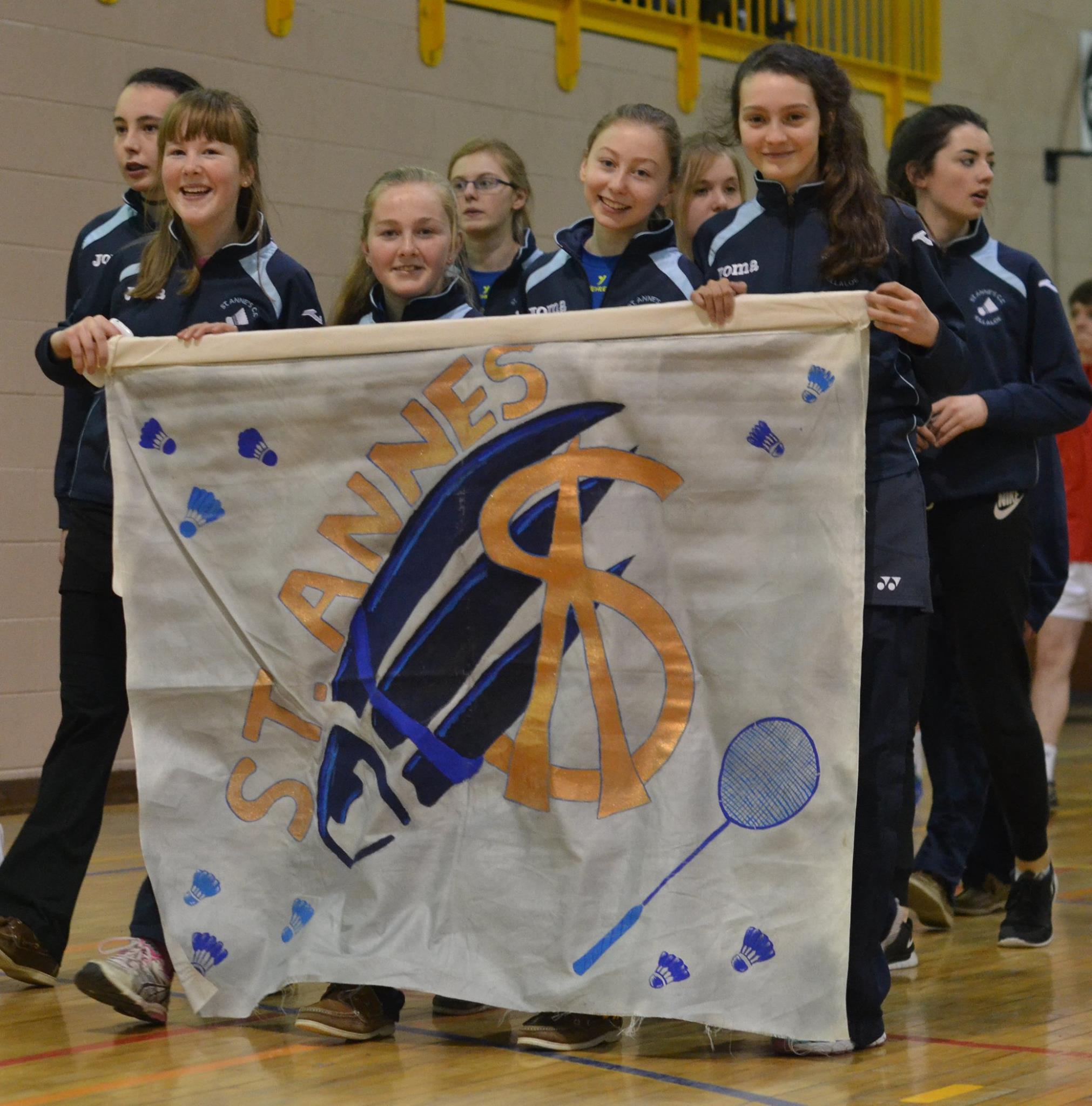 Click on the gallery at the side to see all the photos from this wonderful event.

Come ‘Join the Revolution’ this week at St. Anne’s!  The school is buzzing with excitement today as the first outstanding performance of Les Miserables ran at St. Anne’s.  Local primary school students and some senior citizens were treated to an exceptional show this morning.  The show runs nightly until Saturday.  Limited tickets still available from the school.

Today students and staff alike dressed up to raise awareness and funds for our green school campaign. There was a great atmosphere in the building today.  Well done to all.