WHEN: Opens: 2 p.m. March 10th exhibition to be opened by John Shinnors. Exhibition runs until: 18th of March

WHERE: The Hunt Museum 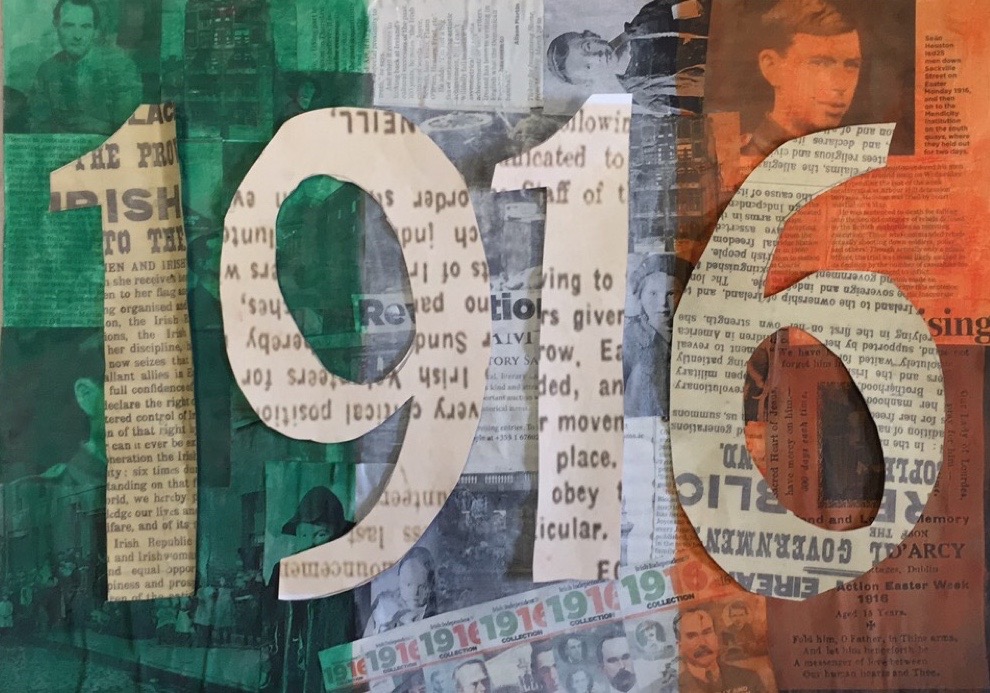 Since moving to its new location at Clarisford in 1987 St. Anne’s Community College is going from strength to strength. A new wing was added in 2002 and a further block in 2012. The latest development due to be built in 2016/2017 includes 8 general classrooms, a 4th Science Laboratory, a 2nd Home Economics Room, a 2nd Engineering Room, a 2nd Computer Room, a Dining Area and a full size PE Hall. The school offers a broad range of programmes, subjects, co-curricular and extra-curricular activities. We focus on the holistic development of our students in a caring and supportive environment. At the very heart of the school curriculum is the specialist teaching of languages, music and creative skills, which are showcased in this ambitious exhibition. Proclamation Day will take place in St. Anne’s on the 15th of March. This will give all students an opportunity to display their work on a range of projects involving reenactments music, visual art, and drama. 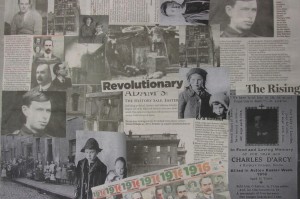 As part of the nationwide Commemoration events, St. Anne’s has endeavored to promote a lifelong interest in history, through looking at the lives of ordinary citizens in 1916 and helping students put the information in the context of their lives today. The Reimagining 1916 project has given TY and 4th year students the opportunity to be active participants in the Commemoration, and contribute to research, which currently exists from their unique perspective.  The Transition Year Programme in St. Anne’s offers many opportunities to the students to increase their awareness of their culture, history, personal well-being and academic development. The students have embraced this project and have maintained a strong sense of ownership throughout. Joe Duffy’s recent publication has a particular resonance for most students. Many were shocked and saddened upon learning that forty under-sixteens’ were shot in a single week. Among the work exhibited is a poignant painting of a pram created by TY student Aoife Boland which represents Sean Francis Foster who was shot through the head during a firefight between rebels and British soldiers at North King Street. The key roles of women in the Rising are explored well as the main leaders. Ciara Murphy was inspired by Margaret Skinnider’s story and the details of her service as a dispatch rider, sniper and raider. She will exhibit a beautiful collage and large drawing depicting Skinnider. She explains she was really struck by the image of her cycling through the street as the bullets ricocheted offthe wheels of her bike. Eabha Hughes will exhibit an intricate pen and ink triptych represents the struggle of the formation of a new state and identity through animal symbolism.

The lives of Pierce, Connolly, Clarke, Mac Dermott, Plunkett, Ceannt and MacDonagh are explored through a series of short drama pieces. A wide range of additional artwork including the Proclamation Dress will be on show during the exhibition in the Prologue Room. Music, short drama pieces and poetry composed specifically for the Commemoration will be performed at the launch of the exhibition in Captain’s Room at 2pm on the 10th of March. ‘Reimagining 1916,’ will be launched by renowned local artist John Shinnors.  The Exhibition runs until the 18th of March. 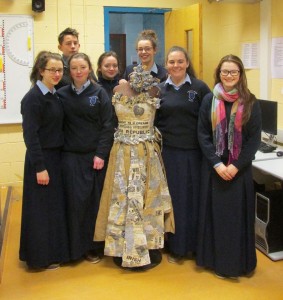 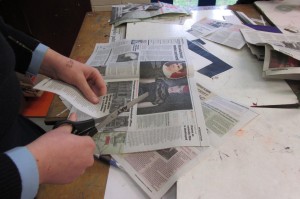 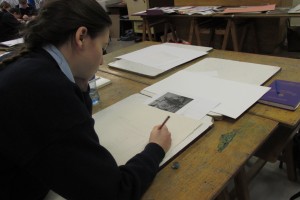 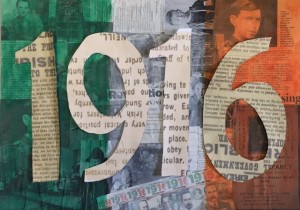 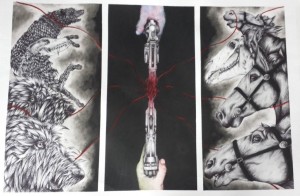 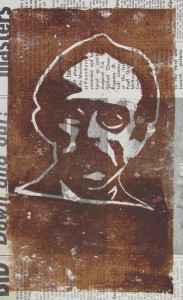 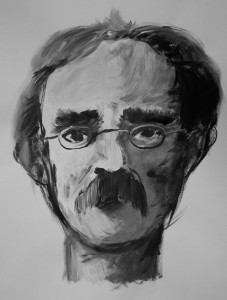 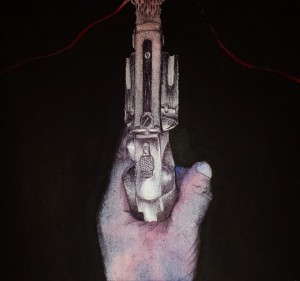 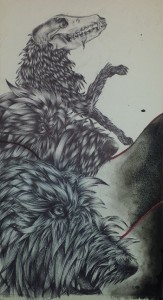 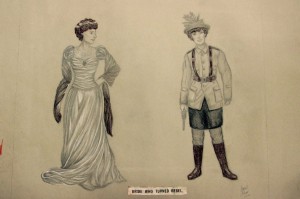 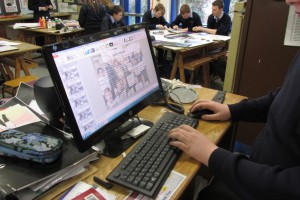 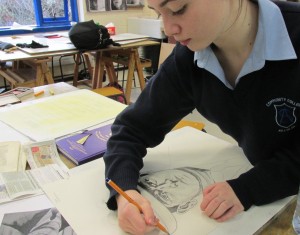