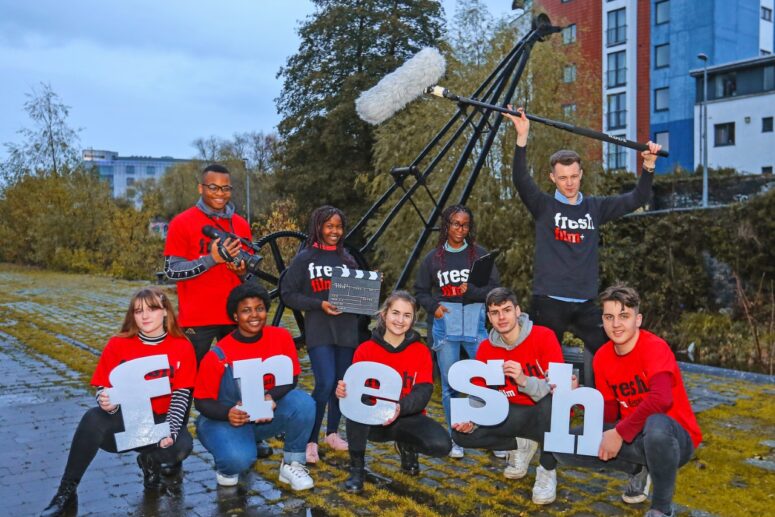 Three films made by our students have been chosen by Fresh Film Festival to feature in their Annual Showcase.  Introduced by Oscar and Emmy nominated Lenny Abrahamson, this programme will feature a selection of short films with top tips from young filmmakers, leaders and teachers.

Click on the film to watch it or see each video below.

Film-making has been an integral part of school life in St. Anne’s for many years now, with TYs part-taking in Film-making and Film Studies each year and the success of our Film Club. St. Anne’s has a long-standing connection to the Fresh Film Festival with a significant number of our students’ films making their way to the finals over the last eight years. ​

We were thrilled when the festival contacted us a few weeks ago about their annual showcase with the Irish Film Institute. Every year the festival screens a selection of winning films at the IFI and this year they have selected three films made by our students. We were immensely flattered by this news, considering that the festival will programme just ten films from the 1400 submitted in 2020.

They have chosen two ​films made by our Transition Year groups in 2019. A third film (which also won second prize in Ireland’s Young Filmmaker of the Year Awards) made by one of our Leaving Certificate students will also feature in this selection.

As well as these films, Oisín (who has gone on to study film at third level), has recorded a segment in which he shares insights into his creative process with his peers. I have also recorded a segment encouraging other teachers to consider engaging in film-making with their students.

The Fresh Film Showcase will be introduced by Oscar and Emmy winning director, Lenny Abrahamson (Room, Garage, Normal People) and will be available to screen in early December. We are hoping to include this as part of a (virtual) TY Film Festival that TY classes will be running across the month of December here in St. Anne’s.

We are so very proud of our talented and hard-working students. Their creativity is truly inspiring as they bravely tackle under-represented topics and tell stories that need to be told in fresh and unique ways.